Why #Cardano, #Avalanche, and #Arweave Are All Plunging Today

Not surprisingly, ADA is plunging after a “sell the news” affair triggered by its long-awaited Alonzo upgrade. The hard fork enabled smart contract functionality on the Cardano blockchain on Sept. 12. ADA tokens have gained over 2,500% over the past year on this event.

As for Avalanche, AVAX tokens have gained around 20% in the past seven days and were due for a pullback. In a week’s time, Ava Labs will be launching its mainnet after securing $60 million in funding to do so. Lastly, Arweave has been flying high since August as investors discover the potential of the world’s first blockweave network. The technology gives users access to permanent, decentralized data storage on the blockchain. 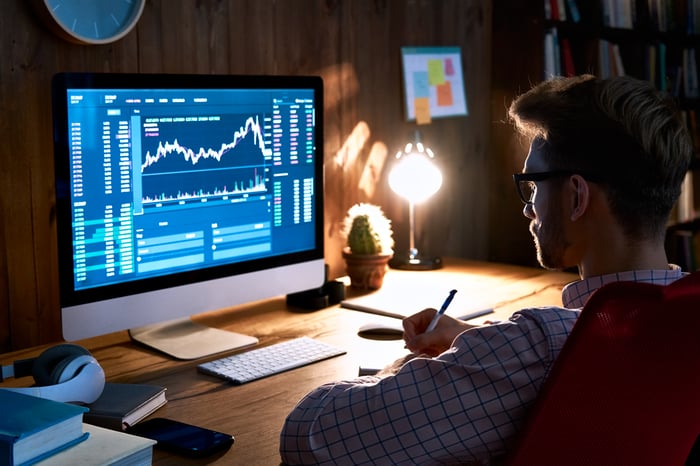 It’s important to keep expectations in check. With the help of Alonzo, developers can now create non-fungible tokens, decentralized applications (dapps), token swaps, and decentralized finance (DeFi) functions like borrowing and lending on its blockchain. However, ADA’s total market cap has already eclipsed $76 billion despite its very few projects. So whether it can dominate Ethereum remains to be seen.

The same story applies to Avalanche. Once its blockchain goes live, Avalanche will make its first move into the lucrative world of DeFi. In this case, it will be to enable decentralized asset trading, such as tokenized stocks, with settlement in as little as a few seconds.

Likewise, Arweave’s technology is still growing out of infancy. As exciting as a blockchain cloud platform may sound, competitor services, such as Alphabet‘s Google Cloud, offer data storage for as low as $0.02 per GB per month. So just how effectively Arweave developers can monetize their invention remains to be seen.

It’s essential to keep in mind that due to a lack of regulations, the growth of the blockchain ecosystem far outpaces that of even the most successful of tech stocks. For example, the total value of cryptocurrencies pledged in the DeFi industry has surged to over $100 billion this year, compared to near-zero levels in 2016. What’s more, cryptography has advanced enough to enable users to move large-scale digital assets on blockchains like Arweave and have them verified anonymously without leaking sensitive information. That would enable the next round of evolution in DeFi with services like decentralized healthcare or car insurance. Overall, don’t overestimate the potential of cryptocurrencies to grow, but don’t underestimate them either.

They just revealed what they believe are the ten best stocks for investors to buy right now… and Cardano wasn’t one of them! That’s right — they think these 10 stocks are even better buys.