Welcome back to This Week in Apps, the weekly TechCrunch series that recaps the latest in mobile OS news, mobile applications and the overall app economy.

The app industry continues to grow, with a record 218 billion downloads and $143 billion in global consumer spend in 2020. Consumers last year also spent 3.5 trillion minutes using apps on Android devices alone. And in the U.S., app usage surged ahead of the time spent watching live TV. Currently, the average American watches 3.7 hours of live TV per day, but now spends four hours per day on their mobile devices.

Apps aren’t just a way to pass idle hours — they’re also a big business. In 2019, mobile-first companies had a combined $544 billion valuation, 6.5x higher than those without a mobile focus. In 2020, investors poured $73 billion in capital into mobile companies — a figure that’s up 27% year-over-year.

This Week in Apps offers a way to keep up with this fast-moving industry in one place with the latest from the world of apps, including news, updates, startup fundings, mergers and acquisitions, and suggestions about new apps and games to try, too.

Do you want This Week in Apps in your inbox every Saturday? Sign up here: techcrunch.com/newsletters

Following the judge’s ruling in the Epic-Apple antitrust lawsuit, Epic Games CEO Tim Sweeney asked Apple to reinstate Epic’s developer account. But as Epic said, it aims to appeal the court’s ruling, Apple informed the company that it won’t be reinstating Epic’s account until the appeals have been resolved. In effect, that means Fortnite may not return to iOS for years, if Epic is forced to wait for the appeal’s decision to be made final.https://buy.tinypass.com/checkout/template/cacheableShow?aid=Fy7FpgyUxA&templateId=OTNVDM55QAZY&templateVariantId=OTVAMU5GVWZP5&offerId=fakeOfferId&experienceId=EXC78P3VUPI4&iframeId=offer_9f97b756d0d96854ed19-0&displayMode=inline&widget=template

Sweeney made the request public by tweeting out a letter he sent to Apple making the request and the company’s response. The letter promises Apple that Fortnite would play by the rules — something that it didn’t do before, when it breached its contract with Apple by implementing its own payments to force the lawsuit. The letter also noted it had already disabled Epic payments server-side since it can’t update the app on users’ devices. And it said it paid Apple the $6 million in fees ordered by the court, which had been gained as a result of routing around Apple’s in-app purchases with its own system.

Image Credits: Tim Sweeney on Twitter(opens in a new window)

But what makes the letter interesting is that it’s not just Epic asking for re-entry. It’s daring Apple to follow the current court order.

The judge’s decision deemed Apple “not a monopoly,” which Apple then jubilantly celebrated, saying it’s something “we’ve known all along,” quoting the judge’s statement that Apple’s success was “not illegal.” However, the one part of the case where Epic won was where the judge declared Apple’s current in-app purchase (IAP) system anticompetitive. The court’s decision was that Apple would now have to accommodate developers by giving them the choice to include buttons or links to other places where users could pay for their in-app purchases outside the App Store, in addition to Apple’s IAP option.

Sweeney’s letter tells Apple Fortnite will play by the rules if Apple will. That is, if Apple follows the court’s guidelines to allow buttons and external links to other purchasing mechanisms, then Epic would resubmit the Fortnite app. In other words, Epic is ready to take advantage of the now legal option to route around Apple’s IAP system.

Apple, though, wasn’t having it. Apple’s legal team called Epic’s behavior in the past “duplicitous” when it breached its contract, and Apple saw no reason to reinstate the account until the court’s decision is made final. And of course, Sweeney tweeted that too, noting that appeals may take up to five years. (So bad news, Fortnite players.)

Apple’s decline may help to signal to other developers not to try to break its rules, but for Epic it sets the stage for the next battle — one where it’s not just daring Apple to let it back in based on the new terms, but one where it’s also daring Congress to act, too. After all, Epic’s position seems to be, if Apple can boot out a multibillion-dollar company that made amends for breaking rules it believed to be illegal, then what hope would smaller developers have to ever fight back against the tech giant? And once kicked out, there is no other path to iOS. This seems to try to position Apple as the monopolist that the court said it wasn’t — which is what the appeal is all about.

Apps to have a record Q3, with $34B in consumer spending

A new forecast from (the recently busted) App Annie indicates the third quarter will be another good one for the app economy. Consumers worldwide will spend $34 billion on apps and games in Q3, a 20% year-over-year increase in spending. The jump indicates that the COVID-19 pandemic’s impact on consumer habits and behavior is having a lasting effect when it comes to how people are now using apps for entertainment, shopping, work and education. Consumer spending on iOS apps grew 15% year over year to $22 billion, and 15% year-over-year on Google Play, to reach around $12 billion. Most of this revenue is generated by gaming apps, which account for 66% of the spend across both app stores. In terms of non-gaming apps, iOS commands 76% of consumer spending

Downloads in Q3 will also grow by 10% year-over-year to reach a record high of 36 billion, driven by Google Play and particularly downloads in emerging markets like India and Brazil, and others.

Image Credits: ilia kukharev on Twitter(opens in a new window) 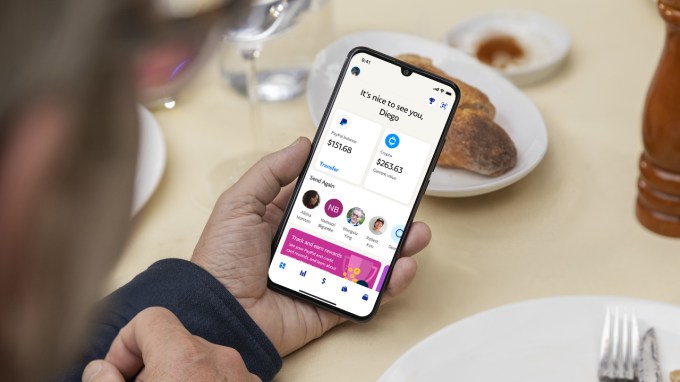