There’s never a dull moment in the cryptocurrency market. Just when it appeared to be snapping out of its recent bear market, disaster struck. Bitcoin (CCC:BTC-USD), Ethereum (CCC:ETH-USD) and others have traded sharply lower over the past two weeks. The price of ETH, which was trading above $3,900 in early September, has cratered nearly 30% and is trading near the $2,800 level. 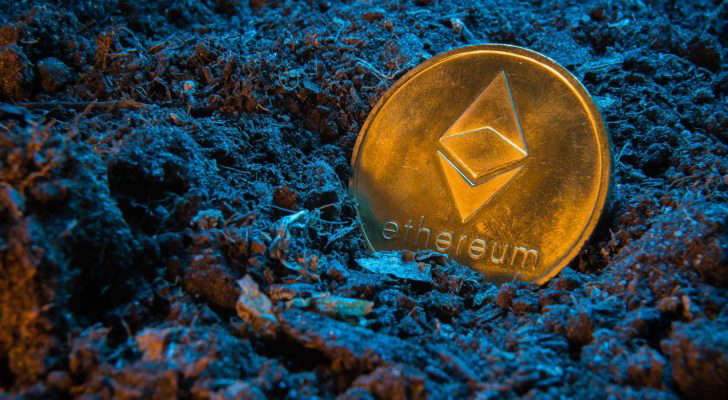 © Provided by InvestorPlace A concept image of mining an Ethereum (ETH) token.

The heavy selling is largely the result of a one-two regulatory punch. Let’s take a look at what’s happening and how bad this may be for ETH and other cryptocurrencies.

In the United States, the Securities and Exchange Commission (SEC) has been talking a lot about cryptocurrency recently, namely the need for much stricter regulation. While many expected newly appointed SEC Chair Gary Gensler to welcome crypto into the mainstream, recent statements quickly dashed those hopes.

The SEC has maintained its enforcement action against Ripple (CCC:XRP-USD) and managed to get Coinbase (NASDAQ:COIN) to abandon a planned lending feature, among other recent highlights. But the SEC’s regulatory crackdown looks like child’s play compared to what’s happening in China.

On Friday, China issued its bluntest ruling on cryptocurrency yet. The government stated that all financial transactions involving cryptocurrencies are illegal and vowed to root out any remaining cryptocurrency mining operations in the country. The statement from the People’s Bank of China said that existing cryptos, including Bitcoin and Ethereum, are issued by non-monetary authorities and, thus, are not permitted in China.https://products.gobankingrates.com/pub/84d1cf40-924a-11eb-a8c2-0e0b1012e14d

Crypto bulls could be forgiven for saying this is just more negative chatter. After all, there have been plenty of ETH and BTC sell-offs related to Chinese regulation in the past. However, the PBOC’s latest statement sets up a strict zero-tolerance policy for crypto activity in the country. And Chinese regulators are unlikely to reverse course given that China’s central bank intends to issue a digital yuan.

Additionally, the timing of the crypto ban is interesting. With China’s largest real estate development company, Evergrande, teetering on the edge of bankruptcy, the stability of the Chinese financial system has been thrust into the spotlight. Against that backdrop, the crypto ban could be seen as a way for China to stop capital flight out of the country by encouraging its citizens to use the state-approved central bank digital currency.

A Silver Lining for ETH, Other Cryptos?

Some financial pundits are saying the current crypto rout may be a blessing in disguise. For instance, Robert Kiyosaki, the author of the Rich Dad, Poor Dad series, took to Twitter Thursday with a tweet that racked up more than 10,000 likes.

In that tweet, Kiyosaki said, “US [government] out of money. Shutdown looming. Dems blame Republicans for the problem. Evergrande China’s biggest property developer with 800 projects in 200 cities out of money. Get the message? Get gold, silver, Bitcoin, ethereum before the biggest crash in history.”

It’s true that in a financial crisis, safe-haven assets such as gold tend to hold up. Gold, for example, briefly dipped during the 2008 financial contagion, but it quickly found support and made new all-time highs within a matter of months. More recently, precious metals and cryptocurrencies quickly recovered their initial Covid-19-induced losses.

If the Evergrande crisis ends up causing a global contagion, there may well be a flight to safe assets. And, in countries such as China and others with capital controls, digital money can be a real solution. Dollars are often hard to come by in emerging markets, and there are practical limitations to the safe movement of physical gold or silver. For people worried about the safety of their capital, crypto could be the ideal tool at this critical juncture.

The Bottom Line on ETH

The bullish spin on recent events is understandable, but let’s not mince words. The Chinese crypto ban is still a negative event for the cryptocurrency industry and prices, as is tougher regulation in the United States. Ultimately, cryptocurrencies will be much more successful if they can integrate into the global economy rather than serving as a sort of outlaw asset.

There is some value in a safe-haven asset that is secure from outside governmental forces. However, there would be much more value if cryptoassets played nice with existing banks, financial exchanges and regulators. China’s move will slow the institutional adoption of major cryptos such as Ethereum and serve as a significant headwind to the price of ETH in the coming months. Source What’s Next for Ethereum Following China’s Crypto Ban? (msn.com)